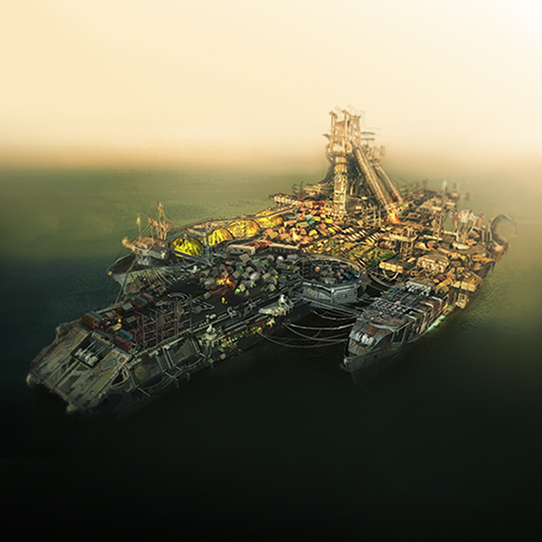 
The CNV Sovereign is a Raven's Nest class helicopter carrier featured at the beginning of Gears of War 3. It's a floating Coalition of Ordered Governments outpost made up of three separate decommissioned COG ships, including a Raven-hauling aircraft carrier. Many of the surviving COG refugees lived on ships like these after the Locust overtook most of the land.