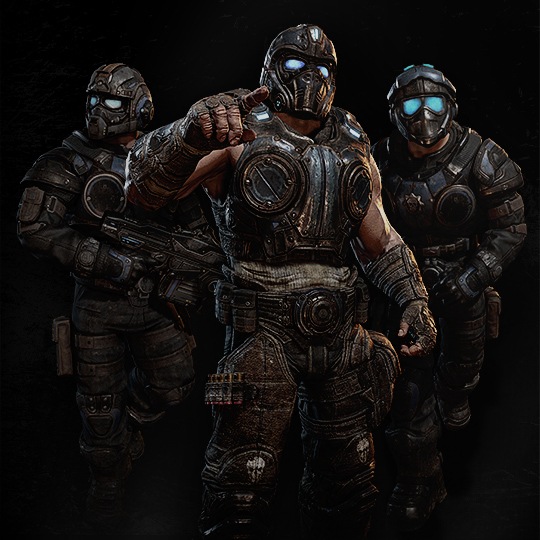 
Every member of the Carmine family is raised with the expectation of serving in the military—even if it kills them. The three eager Carmine brothers are overjoyed to be working alongside a war hero like Marcus Fenix.

There are two key features that define the Carmines: their helmets and their propensity for dying. The youngest—Anthony Carmine—died outside the House of Sovereigns in Gears of War 1 after getting shot by a sniper. Benjamin Car//--ERROR--098356-GX-#$#mine died inside the Riftworm in Gears of War 2. But the eldest--Clayton Carmine—narrowly avoided death during the battle against Myrrah at the end of Gears of War 3. This is mainly thanks to the Gears fans who voted to save his life in the third installment.