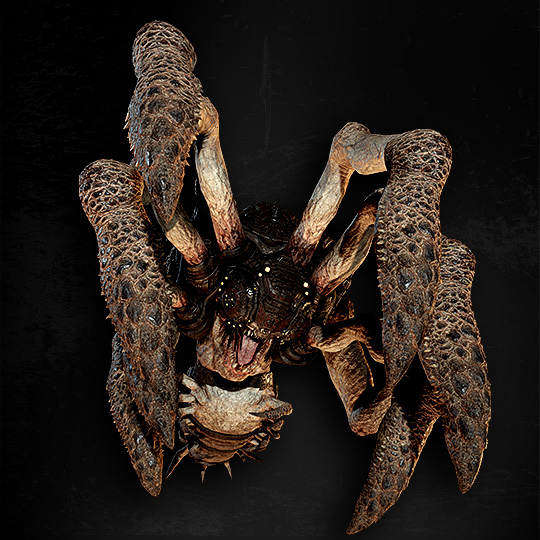 
The Corpser is armed with claws, a bulletproof shell and formidable strength. It crawls across the ground like a crab in an attempt to claw at its enemies. It can rear back on its tail and bring its mighty, barbed legs down in a stabbing motion, and it's also capable of burrowing underground to launch a surprise leg-stab attack from underfoot. The only sure way to kill it is to shoot its unprotected belly.