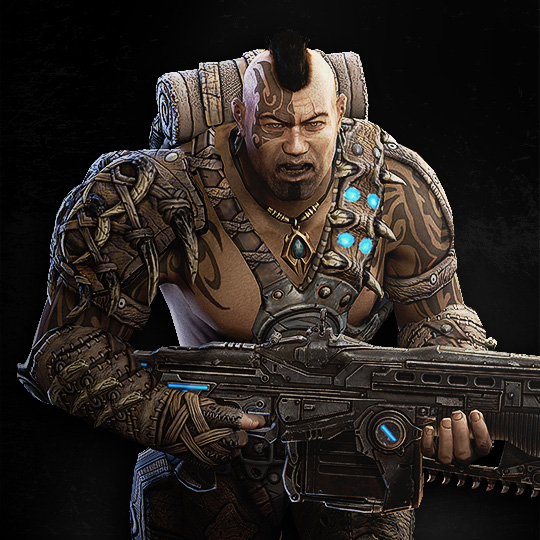 
Tai Kaliso is a South Islander whose hometown was wiped out by the Union of Independent Republics during the Pendulum Wars. He joined the Gears to fight back. Tai is a deeply spiritual man with a peaceful, albeit fatalistic outlook. He fought at Aspho Fields and the Evacuation of Ilima, but he died at the beginning of Operation Hollow Storm in 14 A.E.. He was captured by Skorge and tortured by the Locust. When Delta found him only hours later, his torture had already been so extreme that he took his own life as soon as a gun was handed to him.