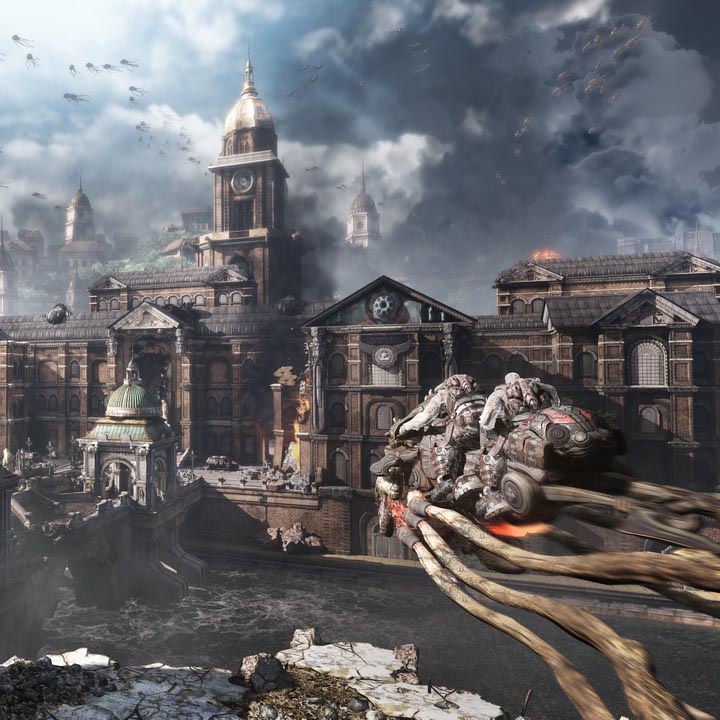 
Halvo Bay was a wealthy seaside town with a heavy COG presence thanks to the Onyx Guard Academy. Six weeks after Emergence Day, it was partially destroyed by General Karn and then by Kilo Squad when they attacked Karn with the Lightmass Missile. Fourteen years later, it was largely finished off by a twenty story tsunami that was caused by Delta Squad sinking Jacinto (i.e., end of Gears of War 2). It's now largely deserted except for Garron Paduk and his group of ex-UIR and ex-COG soldiers. There's also a number of Formers due to Halvo Bay's Imulsion rig.