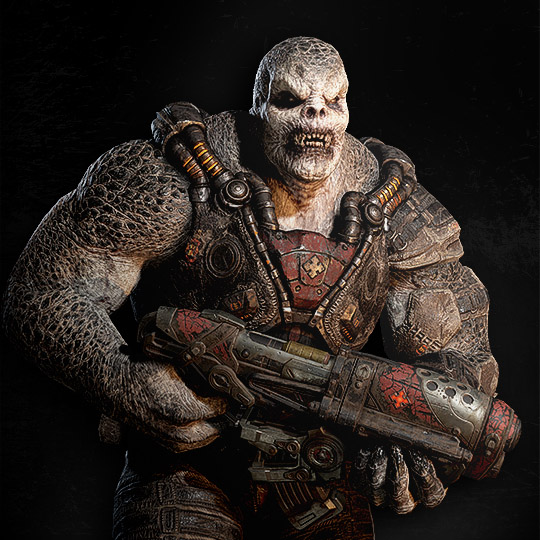 
Drones or "Grubs" are the most common enemy in Gears of War. They often use a Hammerburst and attack in packs from a distance. They tend to be dumb enemies, but at least they use cover. Some Drones also man Troika Heavy Machine Guns or serve as a spotter on a Siege Beast crew.