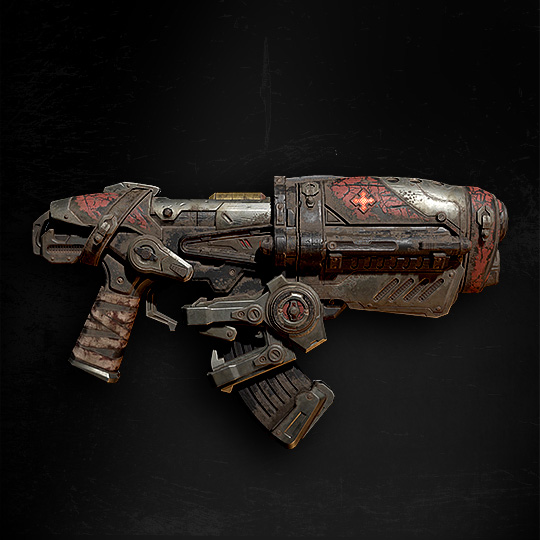 With a decent magazine size and fairly low damage, the Hammerburst I is the first weapon you get in Gears of War 1's campaign. It shoots six-bullet bursts and quickly deals out damage--especially at a close range. This assault rifle lacks the Lancer's chainsaw bayonet, but makes up for it with greater firepower and a faster firing rate.

This semi-automatic rifle is a result of a number of improvements made on the Hammerburst Assault Rifle, such as the addition of an extensive recoil control system, a longer barrel with a larger bore for higher caliber rounds, a completely reworked action for receiving and ejecting cartridges, and a rudimentry iron sight on top of the receiver.