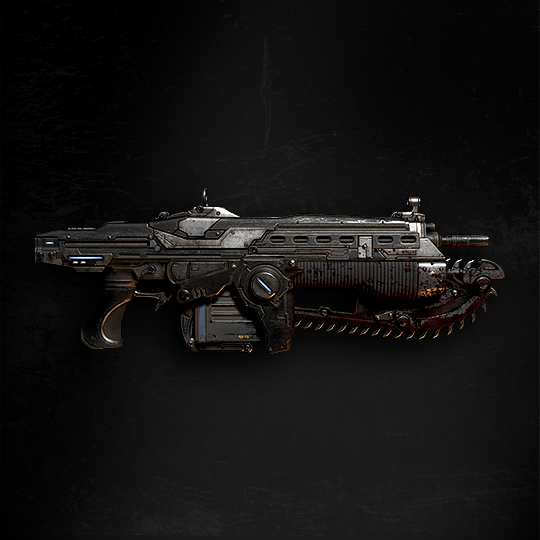 
The Lancer aka the "Mark 2 Lancer Assault Rifle" is the primary assault rifle of Coalition of Ordered Governments soldiers everywhere. It is just as iconic as Marcus Fenix and the Locust in the Gears of War franchise. The Lancer offers a great blend of power, accuracy and range that makes it a solid choice in many situations. This fast-firing rifle is effective at all but the longest range, but it packs a modest punch. The weapon compensates for its shortcomings with its Chainsaw Bayonet, which instantly executes an enemy at close range without firing a bullet.

In the past, Lancers had a traditional bayonet attachment. This design is now known as a Retro Lancer. Its standard bayonet was fine for killing Union of Independent Republics forces, but Adam Fenix added the chainsaw bayonet to penetrate the tough hides of the Locust. He was inspired by Tai Kaliso who successfully killed one of the Drones using a chainsaw.

The Lancer first appeared in Gears of War 1.