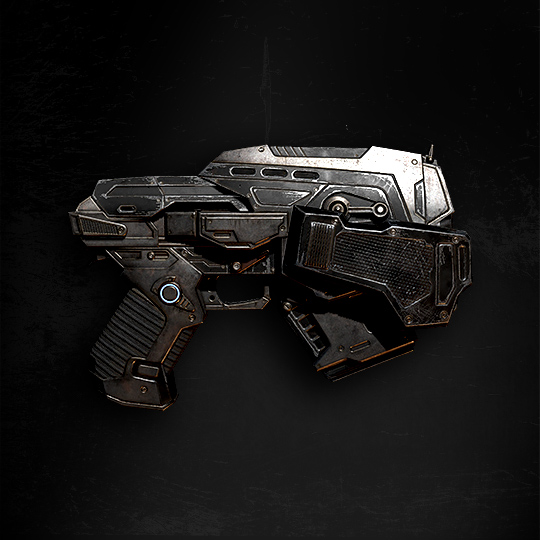 
The Snub Pistol is a standard issue semi-automatic pistol for the Coalition of Ordered Governments with a quick firing rate and zoom. It has a smaller magazine size than a rifle, but it deals approximately twice the damage when shot at an enemy's head.

The Snub Pistol was first introduced in Gears of War 1.