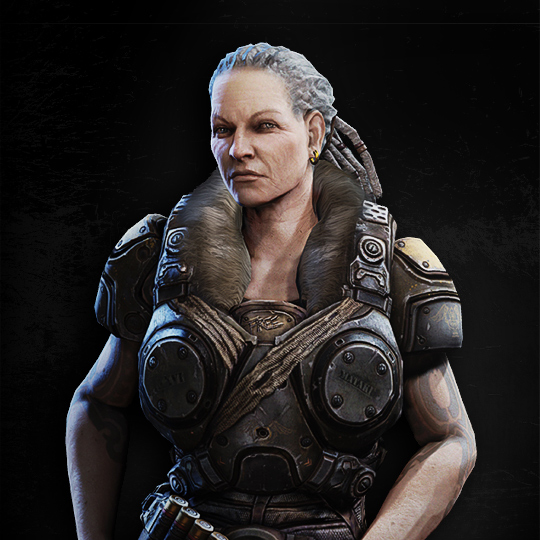 
Bernie Mataki is a South Islander, a veteran sergeant and a sniper. She served in the Royal Tyran Infantry during the Pendulum Wars and even taught survival training to Dominic Santiago and his fellow commandos. She was in the battle at Aspho Fields and witnessed Carlos Santiago’s death. During the later years of the Locust War, she reunited with her old friend Colonel Victor Hoffman and helped him defend and settle Vectes and, later, Anvil Gate.