The time is almost here. This week at PAX, we’ll be lifting the curtain on the next evolution of Horde mode arriving in Gears of War 4 – we can’t wait to show you what we’ve been working on.

Our plans go far beyond just talking about Horde though. Gears of War 4 is coming to PAX West with an armory full of events, activities and live streams for Gears fans to enjoy. If you’re at the show, come find us! Let’s talk Gears. We’d love your thoughts. Here’s what to expect over the PAX Weekend, whether you can make it to the show or you’re in the comfort of your own home. 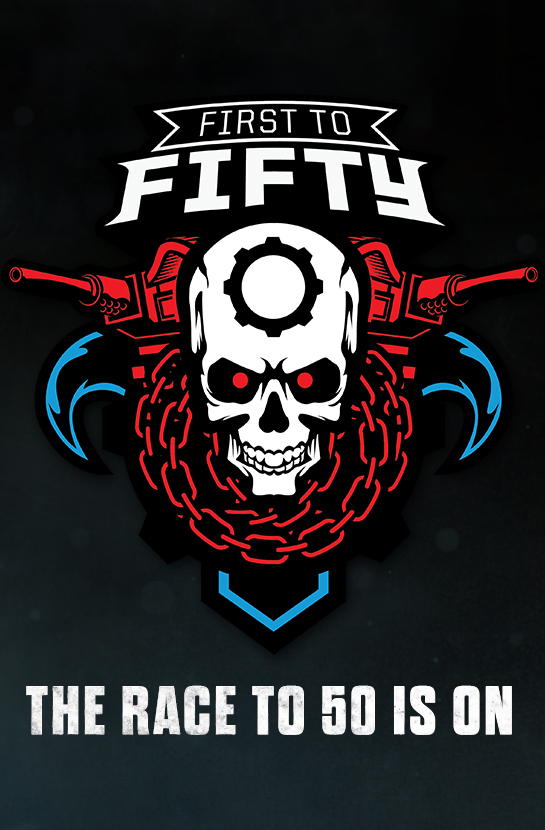 Gears of War 4 is taking over the PAX Arena with live gameplay streams and competitions!

On Friday September 2nd, tune in to see the world debut of a brand new Versus Multiplayer mode in Gears of War 4 – Arms Race. What’s Arms Race? Well that would spoil the fun now, wouldn’t it? This special event is ‘For The Watch’, a running gag between Penny Arcade’s Gabe and Tycho where they battle it out for the honor of taking home the fabled watch.

Then on Saturday, prepare for an overload of Horde 3.0 gameplay in a very special race to be First to 50! We’ve got three squads, including two captained by GoldGlove and FemSteph, competing for the honor of being the first team to survive 50 brutal waves of the all-new Horde mode for Gears of War 4. This isn’t an event you’ll want to miss and fans in attendance will also receive an exclusive, limited edition Horde 3.0 Poster designed by Tony Moore (known for his award-winning artistry in The Walking Dead comic series).

All the action will be streamed on Twitch live at Twitch.TV/GearsofWar. Add these dates and times to your calendars to make sure you don’t miss a beat:

If you’re at the show, head on over to the PAX Arena to join the fun in our live audience. There’ll also be some special giveaway swag on offer including:

Saturday is also a great opportunity to come and talk to the myriad of developers from The Coalition who will be in attendance for First to 50. We’d love to meet you!

Finally, on Sunday fans are invited to sign up as teams of five to survive 10 waves of Horde on the PAX Stage for prizes. Teams who survive the first 10 waves can then make the decision to take the prize – or put it all on the line for a chance to win an even better prize by completing the next 10 waves of Horde as a team. Prizes will also differ based on the difficulty selected by each team.

On The Show Floor 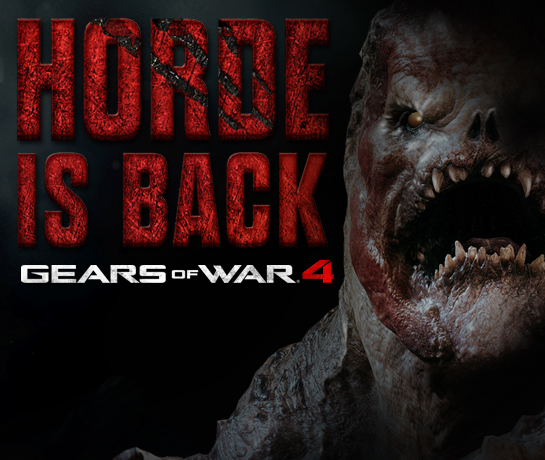 If you’ve secured your PAX West ticket, Horde 3.0 is waiting for you on the show floor! You’ll get 30 minutes to try and beat 10 waves of Horde 3.0 on Normal Difficulty with 4 squad mates, along with a coach from The Coalition to help you make the most of your time.

Every time you complete your Horde session at our booth, you’ll also walk away with one of our awesome Physical Gear Packs which unlock in-game content (and make for a great Gears collectible too!). We’ll also be giving away one of two unique pins every day of the show – keep an eye on Facebook and Twitter to find out more.

Head to the PAX Arena to really put your Horde skills to the test. The PAX Arena is the only place where you can take on the Swarm on Hardcore difficulty – be one of the first teams to beat all 10 waves within the allotted time, and you’ll walk away with some special Gears of War merchandise! Grab your friends and bring them to the Arena to see if you’re up for the challenge.

There’s also some additional Gears action to be found on the show floor thanks to our friends at Nvidia and Alienware. Head to their booths to play Gears of War 4 for Windows 10 in stunning 4K resolution, and try your hand battling the Swarm during a devastating Windflare. (Tip – Don’t throw grenades against the wind!).

There’s plenty more to come from our huge PAX Prime weekend, so stay tuned to our Facebook and Twitter accounts for all the latest information. See you in Seattle!