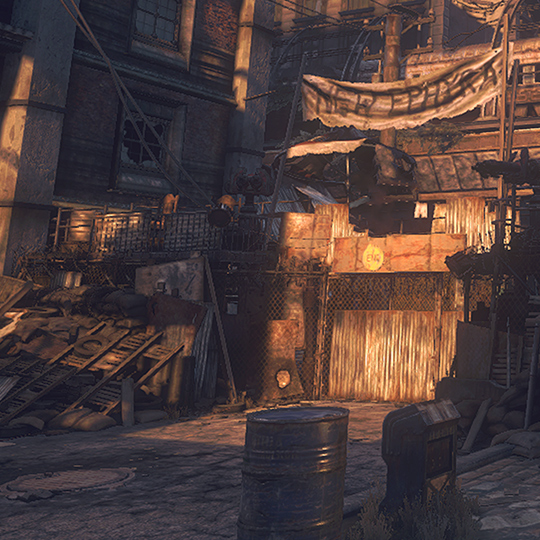 
The Stranded are survivors of the Coalition of Ordered Governments' Hammer of Dawn strikes in 1 A.E. that killed many humans with little evacuation warning in an effort to eradicate the Locust. The Stranded regard the COG as fascists and often want nothing to do with them, occasionally even fighting them. Many members of the COG dislike the Stranded because they believe that any decent human would help them fight the Locust rather than just look out for themselves. However, some Stranded reluctantly agreed to help the COG via Operation Lifeboat in exchange for food and medicine.

As time passed between the first and third Gears of War, the COG fell apart and the living conditions of its citizens started to resemble that of the Stranded: they crafted homemade jerry-rigged weapons, used scrapped together vehicles and lived in tiny isolated areas. Resources and land have become very scarce. Colonel Victor Hoffman thinks that once the Locust and Lambent are finally defeated, the next war the COG will undertake will be against the Stranded.