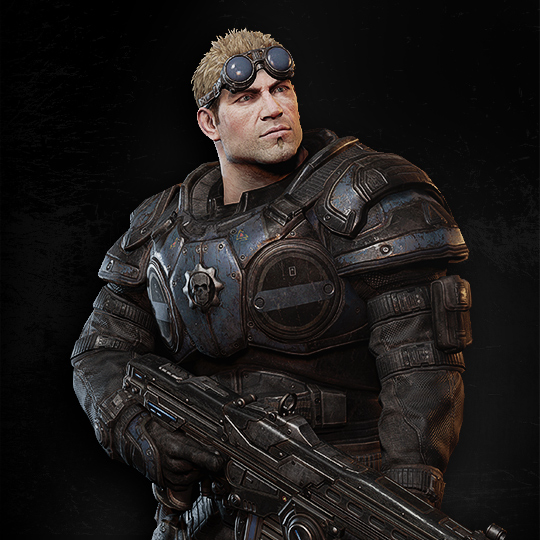 
Damon Baird has been a member of Delta Squad since Gears of War 1, but he's been a Gear since Emergence Day. His greatest strength is his intelligence. He not only fights the Locust--he studies and observes them. He's the closest the Coalition of Ordered Governments has to an expert, and when Baird tells his squad mates to be quiet and listen, they know it's in their best interest to do exactly that.

Baird's only motivation is self preservation. While he's clearly not thrilled about being a soldier, he's remarkably good at it. He's willing to do whatever it takes to get through the war alive--even march alongside a troublemaker like Marcus Fenix. But despite his griping, he's a steady hand in a firefight and even though he'd never admit it, he'd miss Delta if anything ever happened to them.