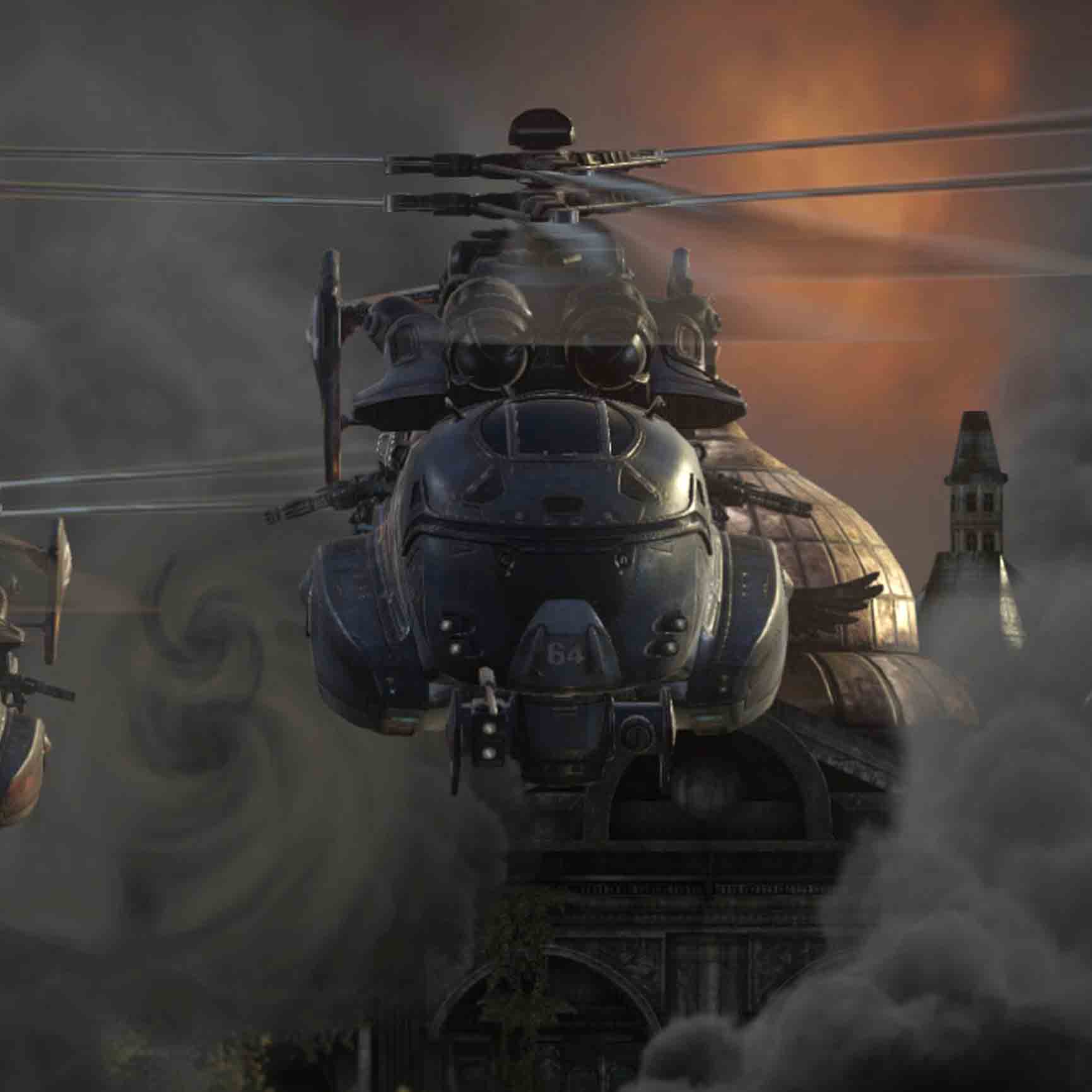 
The King Raven is a Coalition of Ordered Governments helicopter used mainly for transportation of Gears to and from areas of conflict. "Ravens reassured you that the good guys had arrived and were either going to give you something you badly needed, or get you out of somewhere you didn’t want to be. There was nothing not to love about them. Their chakka-chakka engine note alone was enough to make hearts leap. Their rust streaks were sacred. And their pilots were all uniformly insane." - Dominic Santiago