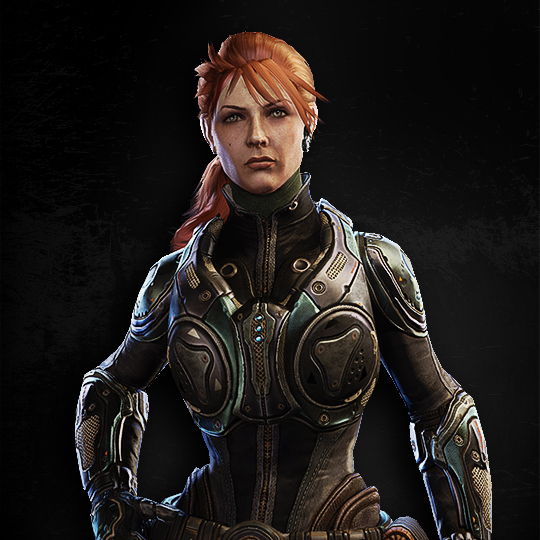 
Sofia Hendrick is the ethical compass of Kilo Squad in Gears of War: Judgment. Formally an anti-COG journalist for The New Ephyran, she enlisted in the Coalition of Ordered Governments only hours after Emergence Day began. However, she didn't start out as a Private. Due to her intellect, she became a cadet at the prestigious Onyx Guard Academy in Halvo Bay, but her officer studies were cut short when the Locust attacked the city. She joined Kilo Squad and assisted them in launching the Lightmass Missile to kill General Karn, even though it would mean being tried for treason by Colonel Ezra Loomis. She was eventually pardoned and deserted the COG army with Garron Paduk shortly afterwards. She was later kidnapped by COG soldiers. Her whereabouts are unknown.