The Coalition is abuzz this week with the sound of the Gears weapons you love (and some you will grow to love), clattering keyboards, and coffee grinders working overtime. It might just be the sound of another day on the road to release here at the studio, but it's an important one. As we head towards the final couple of months before Gears of War 4 can be in your hands (or digital hands depending), the time is now also right to begin talking to you more about our studio and our game.

Over the coming months, we will bring you inside the studio to reveal more details about Gears of War 4 and bring you closer to the people behind it. Welcome to The Coalition Developer Blog.

These direct-from-the-studio updates will vary. Sometimes, we'll be here to tell you new things about Gears 4. In others, we'll focus more on bringing you behind the scenes here at The Coalition. Regularly it will be a mix of both. We're incredibly excited to bring you closer to our work and let you know more about the game you'll be playing this October.

As you may have seen this week, retailers have announced a variety of pre-order bonuses related to Gear Packs and Cards - a feature we talked a little about prior to the Beta and some of you experienced for yourselves with the Beta Bounties. In our first Developer Blog, we’ll break down what kinds of cards you can expect, how you can expect to acquire them, and what this means for you as a player in Gears of War 4.

Simply put, Cards are the new way to unlock new customization content in Gears of War 4 that represent a variety of items - from player customization, to Horde equipment and abilities, and Bounties that task players with completing challenges for added rewards. We care deeply about preserving competitive balance in Gears of War 4, so no cards have any gameplay impact for Versus Multiplayer - only Cosmetics and Bounties apply in Versus modes.

Cards unlock items, and are graded based on the rarity of finding the content in a Gear Pack – ranging from Common to Legendary. Types of cards include:

Characters – A Character to use in Horde or Versus. These include new characters to play as on the battlefield and special customized versions of the characters in Gears of War 4.

Weapon Skins – Stand out from the crowd by customizing your weapons. Each weapon skin card unlocks a skin for a particular weapon. In a first for the Gears of War franchise, you can now customize Power Weapons to change their look when acquired from a spawn point on the battlefield!

Emblems – Customize your player identity in Gears of War 4. Emblems show behind your username in lobbies and scoreboards.

Bounties – Versus and Horde Bounties provide challenges, such as getting 7 kills in a single match of Team Deathmatch, and provide XP or Credit rewards upon completion. Bounties are only consumed once successfully completed, so you can attempt them as many times as you need until you conquer their challenge.

Gear Packs are the primary way to acquire cards in Gears of War 4. These packs contain a number of cards - usually randomized – that provide you with a variety of unlocks based on the theme of the Gear Pack.

Gear Packs can be purchased with Credits, the in-game currency earned by simply playing the game in an online multiplayer mode. If you’re short on time or simply want to accelerate the growth of your Card collection, Gear Packs can also be purchased with real world currency. As you level up by playing online, you’ll also earn additional Gear Packs when you reach certain milestones in your journey to max level.

We’ll discuss more specifics on the individual Gear Packs on offer in Gears of War 4 closer to release day.

Earn as You Play

In Gears of War 4, everything you do in Online Multiplayer earns you Credits. Whether you’re battling it out against the Swarm in Horde, or taking on human opponents in Versus, simply playing the game online in either mode will reward you with Credits.

Performing well in these modes will result in an increased Credit return, but you can also complete certain Bounties – of which there are Versus and Horde variants – to gain even more Credits towards your next Pack.

You can use these Credits to acquire your choice of Gear Packs available in the store.

Create The Cards You Want 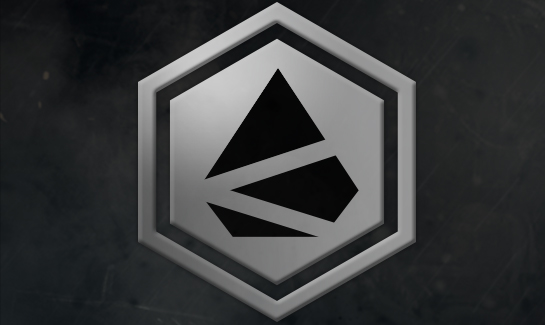 In Gears of War 4, our Card Creation system allows you to craft a card you’ve always wanted.

It all starts with being able to destroy almost any card in the game for Scrap, a second in-game currency only acquired through destroying cards. Got a weapon skin for your Lancer that isn’t quite your style? Feel free to destroy it and gain some scrap towards a Lancer skin that’s more your thing.

Using Scrap, you can create almost any card found in the game. The amount of Scrap earned for destroying a card is determined by its rarity, as is the amount of Scrap it costs to create a card. It’s down to you to decide which cards to destroy – if any – and how to accumulate enough Scrap to acquire the particular Card you’ve been chasing.

This system means that every card you acquire, even if it’s not of personal interest to you, has value towards building the collection of cards that you desire. 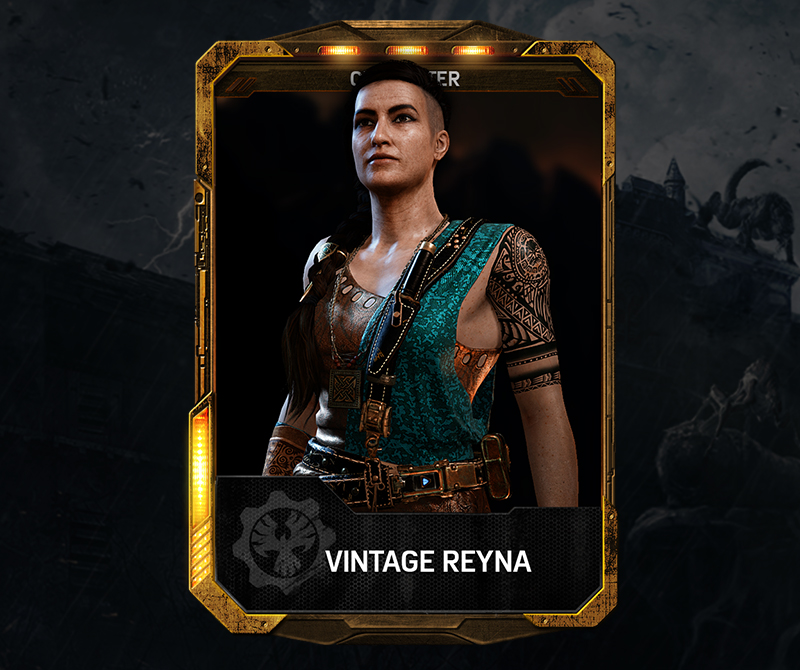 Comic-Con is fast approaching, and Gears of War 4 is going to be there in full force – we’ll have a brand new playable campaign section on the show floor, a must-see Comic-Con Panel, Versus multiplayer available to play at NerdHQ, and more!

As an added bonus, drop by and play Gears of War 4 to take home the physical version of a Gear Pack! These physical cards don’t just look pretty – they also unlock 10 specific customization items and bounties to use when the game releases this October. Each physical Gear Pack includes five cards - one Crimson Omen sticker card, a Gears Avatar t-shirt card, and three customization cards.  Head to the Xbox booth at Comic-Con located in Hall A, Booth #100 or find us at Nerd HQ (no pass required) in the New Children’s Museum to claim your pack.

Can’t make it to the show? We’ll be giving them away on Twitter the entire weekend of Comic-Con, so make sure to follow @GearsofWar for your chance to acquire your own Gear Pack!  For fans here in the U.S., pre-order at GameStop and pick up a physical Gear Pack at launch that includes the Vintage Reyna character.

That's it for the first edition of our Developer Blog series! Stay tuned for more information on Cards and Gear Packs as we close in on launch day. We hope to see you at Comic-Con! Have more questions? Check out our official Gear Packs FAQ.