We’re back from Comic-Con after an incredible trip to San Diego. During the four days at SDCC, we had the pleasure of watching you play our game and were overwhelmed with the crowd that showed up for our Comic-Con panel (2000 attendees!). If you were at the show, thank you for your support and enthusiasm.

Our time in San Diego also included thousands of fans getting hands on with Gears of War 4 Multiplayer over at our booth in NerdHQ. We had a ton of fun watching your clutch Dodgeball comebacks and big TDM plays all weekend.

Some of those who had the chance to play Forge also snuck out a little gameplay footage from Gears 4 Versus to share with fans back home. It’s okay. We dig it. We hoped you liked what you saw.

Today, we wanted to bring you more insight into the development process of Multiplayer Maps in Gears of War 4. To keep in theme with the recent Forge hands-on at SDCC, I grabbed the map’s Level Designer – Michael Shannon – to talk about the process behind its creation and shake out some insider tips to get you prepped for launch. Gear up for Developer Blog 3: The Making of Forge.

The Making of Forge 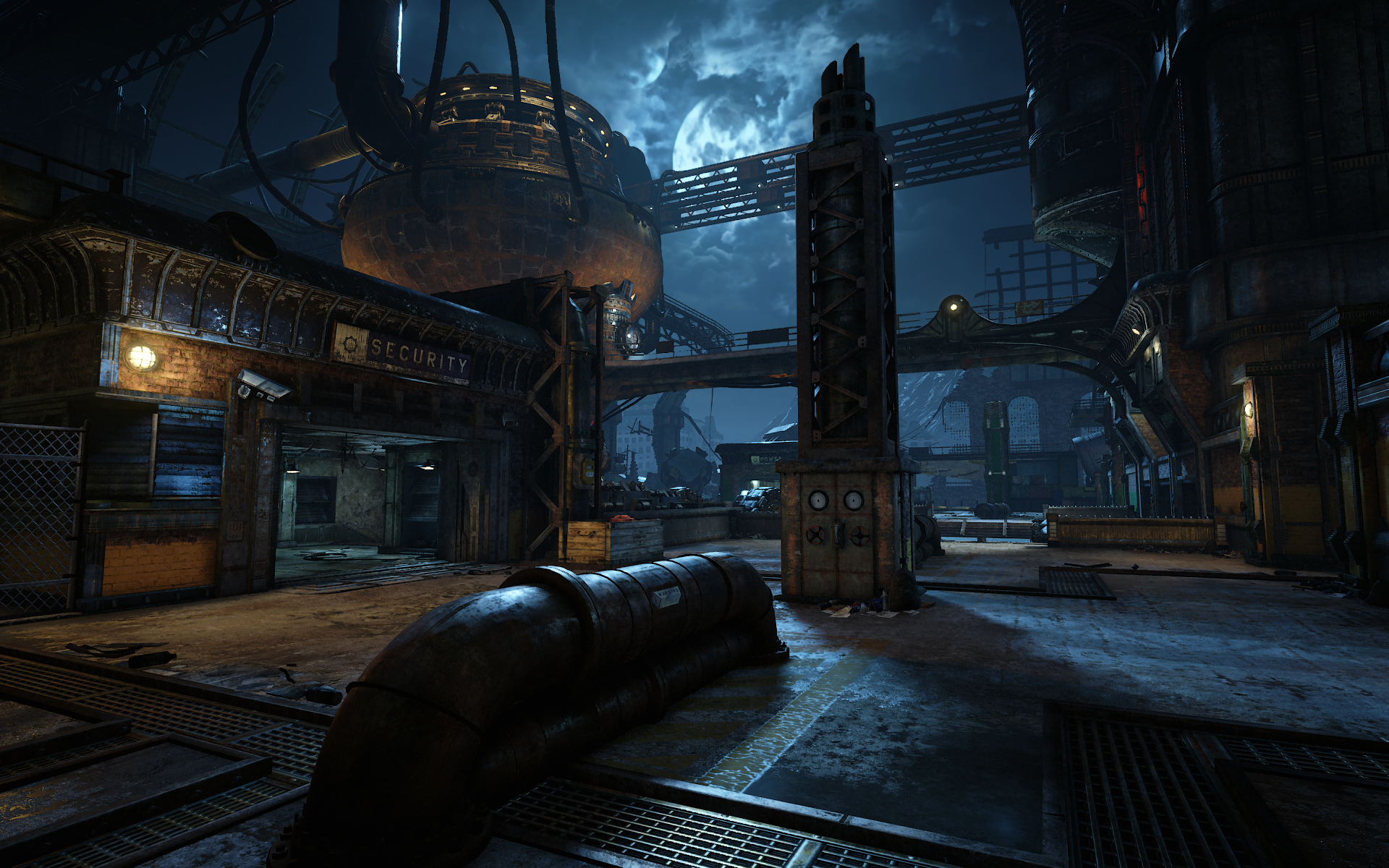 Octus: Welcome back to the Development Blog Michael! So, let’s start at the beginning. What are the first things that happen when designing a map? Talk us through that process.

Michael Shannon: Each map that we make typically begins as a challenge that we give ourselves to lean into a particular dynamic, game mode or type of space. We use that to make sure we have a strong vision for what we want the map to be before we start building it. That really helps us as we begin iterating, because we can ask ourselves if we are satisfying the goals we set out to achieve during the design process.

I like to get into the editor as soon as possible. It’s difficult to judge how good a space feels on paper, although it can be a useful tool for planning the big ideas for a new map. Once we’ve blocked out the map, we’ll start playtesting it. After a few playtests, we can decide if the ideas are working, and if they are, the map will enter a process we call “shell iteration” where we will play and iterate the map daily. Maps can be in iteration anywhere from a few weeks to several months.

Depending on how the iteration goes, the map will either be shelved or move forward to what we call “shell validation”. When a map is validated, it means that we are happy with the gameplay and it’s ready for the artists.

Octus: What were the key goals or thoughts when you set out designing Forge?

Michael Shannon: One of the goals for Forge was to create a map that would highlight our new competitive game mode, Escalation. We wanted to create a map with exciting ring fights and create a space that allowed players to read the plays as they happen, giving them the time to strategize and react accordingly.

We also wanted to create a map with interesting but balanced verticality. Although you can invalidate some cover from the control room window, we made the window quite small so that players below can anticipate where the fire is coming from and suppress the position if needed. That isn’t to say this position isn’t powerful. In addition to being a great area to use the Torque Bow, we’ve included another interesting dynamic element that we'll talk about in a sec!

Octus: How did that design evolve after you created the first block out version for playtests?

Michael Shannon: Early on, we relied on power weapons to create interactions between the spaces. Over time, we opened line of sight and pulled the spaces closer to create the strong team play that we were looking for. The flow to the home rings was something that we worked on a lot to make sure that you can reach your home ring quickly and contest it fairly. In the end, the original vision for Forge remained largely intact from the first blockout to the finished product.

Octus: What steps do you take when making the map work for all game modes?

Michael Shannon: For Forge, the focus was on Escalation, which meant that the map needed to have great secondary fights. Secondary fights are what we call the spaces in between the spawn and the centerline. In Escalation, a lot of the fighting happens in these areas, which means that those fights can’t just be routes – they need to be deep, balanced fights. We also needed to make sure that map control was critical, and that locking down a lane would change the flow of the match and force the enemy team to re-evaluate their strategy.

For KOTH, we need to make sure that we have great fights in several positions of the map. We also have to make sure the routes support KOTH and Dodgeball spawning, which are groups of spawns that aren’t always in the traditional spawn areas. We spend a lot of time making sure that the spawning in these modes feel good. Players need to spawn in a safe place where they have options, but we also need to make sure that once the player starts running towards the ring that they don’t end up bumping into an enemy that spawned nearby and decided to take the same route. We have a very technical term for that called “pizza wedging”.

For modes like Execution and TDM, we need to make sure that both sides of the map are balanced in terms of both power weapon and positional play. If one side of the map is dominant, the fights will typically concentrate in that area round after round. We spend a lot of time making sure that all areas of the map are strategically viable to avoid that.

Octus: How does each area differ in playstyle from one another?

Michael Shannon: The control room on Forge is primarily a support position for the fights below. It’s a close quarters fight. It’s also a fairly defensible position, with only two large doors to get inside. The Torque Bow spawns here, which is useful for impacting other fights from the window, or defending the control room if needed.

The center area directly underneath the control room is a close quarters fight with strong support positions on either side. This area is great for flanking, and the frags that spawn here can be tossed into the control room window to great effect.

The area around the incinerator is a long range rifle fight. The cover here is sparse, which makes the incinerator the dominant position to take. The incinerator itself is a close quarters engagement. The high walls prevent most of the crossfire, so the fights in this area can be pretty intense. The Boomshot spawns here, and it is by far the most dangerous area of the map.

Octus: Okay. So let's talk about THAT button. What does it do and how does it change the mechanics of the fight for Boomshot?

Michael Shannon: Forge is one of our dynamic maps, and its dynamic element can have a big impact on the match. From the control room, players can activate the incinerator using the button in the window. In addition to some audio cues, the interior of the incinerator will briefly light up – and then erupt into a pillar of flames, instantly killing anything caught inside. The incinerator will fire for ten seconds, and will then need to recharge for about a minute before it can be used again. The lights on the machine can alert players to the status of the recharge and if the machine is ready to fire.

Using the incinerator can be a powerful tool in objective game modes, where the ten seconds of area denial can make a huge difference. We’ve seen some incredible swings and upsets when the incinerator gets involved. I hope that players find it a fair and exciting part of the map.

Octus: Any tips for the fans on mastering Forge for when they play this October?

Michael Shannon: If you’re using the Torque Bow from the control room window, plant a smoke grenade so that nobody can sneak up on you. Work as a team to out-cross the enemy when fighting over the incinerator, there are a lot of great positions that you can use. Don’t accidentally kill your teammates with the incinerator!

Octus: Thanks Michael. You can learn more about the changes to Gears of War 4 Versus since the Beta in our Evolution of Gears 4 Versus Developer Blog. 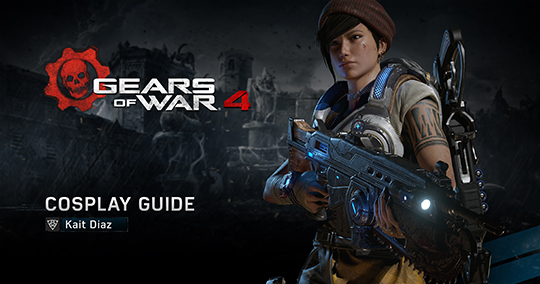 During the craziness of Comic-Con, we released our first ever Gears of War 4 Cosplay Guides!

JD, Kait, Del and the Swarm Grenadier are now available in our first wave of Guides, filled to the brim with 5 pages of imagery and information direct from our Characters team. All of our Gears of War 4 guides are published at incredible 4K resolution to capture every detail, and allow you to zoom in on the features that are important to you.

We've also released accompanying assets, such as an EPS file of the Pheonix Omen, to help you build the best and most accurate Cosplay possible! We can't see what you create with them.

Check them out over on our official Cosplay Hub. Speaking of Comic-Con...

Highlights From The Show 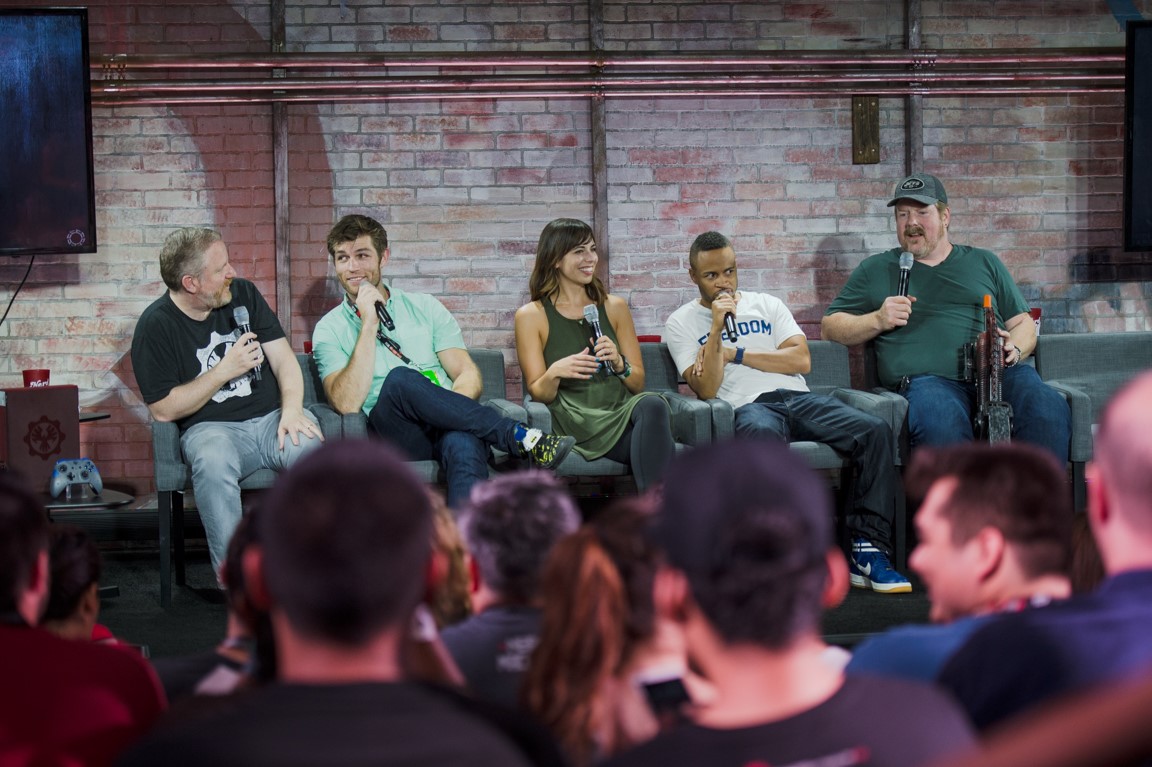 What a crazy Comic-Con for Gears! Over the four days of the show, we had two booths of 20 stations with Campaign and Versus Multiplayer, two panels with the Cast of Gears 4, plus a ton of sweet new Gears merchandise. To finish this week's Developer Blog, we thought we'd share some images from our experiences at the show to bring a little of Comic-Con back home with us.

If you missed the live stream of our NerdHQ Panel with Rod Fergusson and the Cast of Gears of War 4, don't fret! It's available on demand from NerdHQ in the video above.

One of many intense Versus matches at the NerdHQ Booth!

Cosplayer Tim wields the PDP Lancer in his amazing Marcus Fenix Cosplay. The armor is built from EVA Foam.

John DiMaggio (Marcus Fenix) takes a selfie with a fan following our Gears 4 Panel
 Thanks for joining us for another stop on our Developer Blog journey. Stay tuned for more Developer Blogs throughout the road to launch.