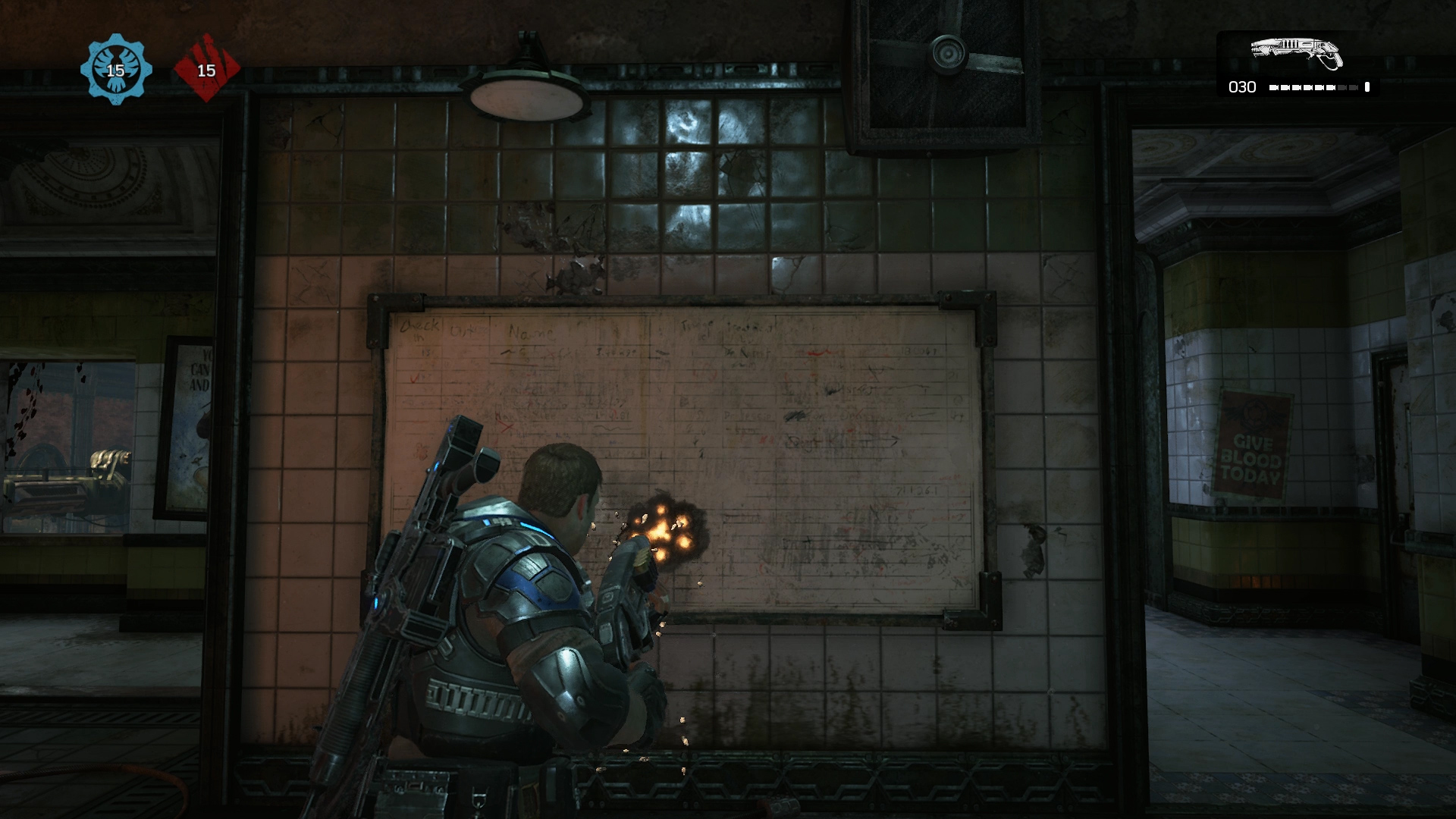 The March Update is on the horizon, and with it comes an update to the Gears of War 4 Gnasher.  We have received numerous reports and videos from users regarding some point blank inconsistencies with the Gnasher across all game modes, and upon investigation, have made some mechanical changes to the Gnasher that brings improvements.

Check out the video above for more information on the Gnasher change coming in the March Update, then read on for a more detailed breakdown of what this change means for players. To help explain the adjustments to the Gnasher, we will be referencing one of the many videos we received from users experiencing this inconsistency below. 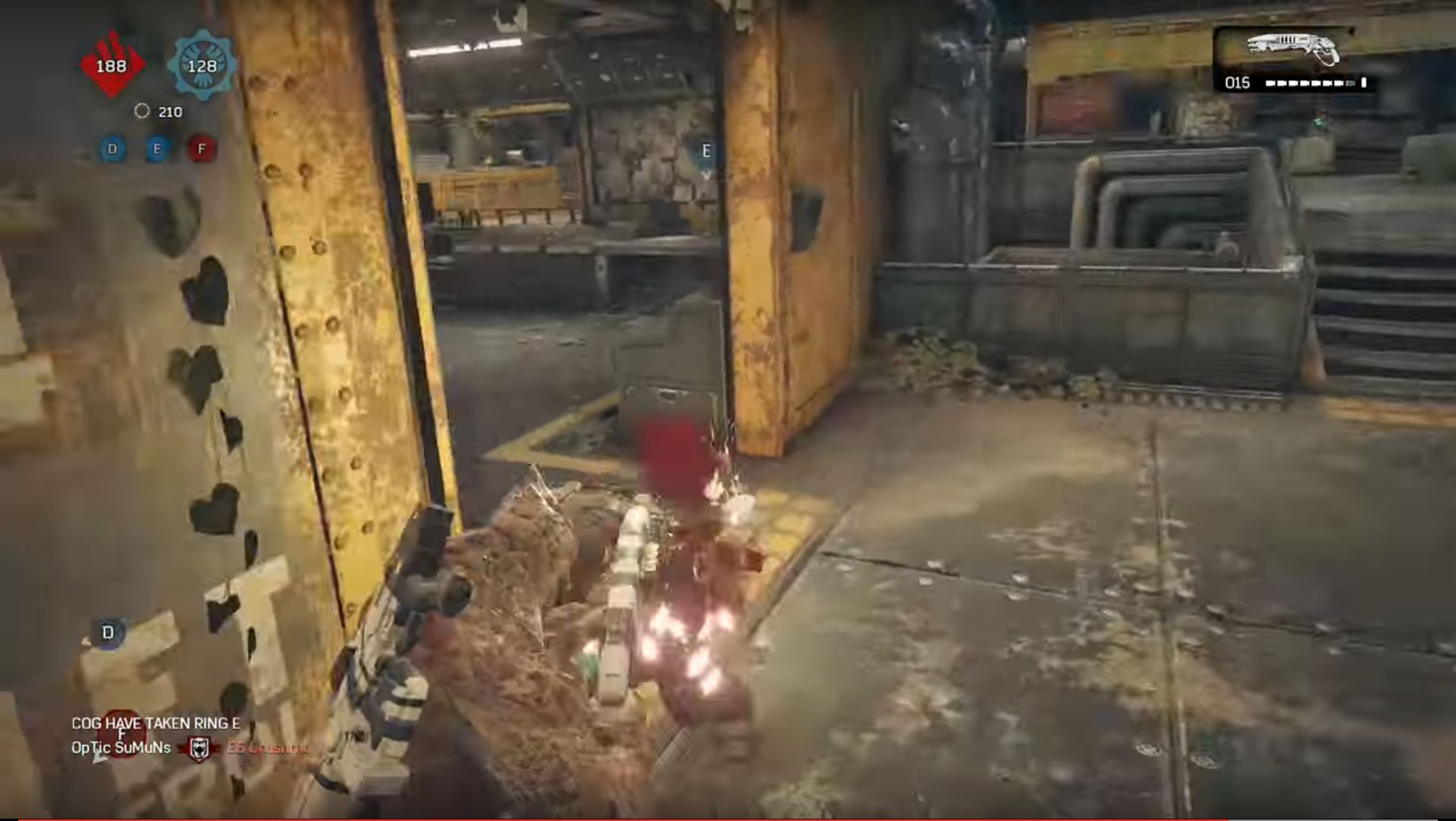 In the above video, you will notice that E6 Eternity fires on an enemy who turns a corner but there is a large spread despite the muzzle of the Gnasher being close to the enemy.

After some further investigation, we discovered that a mechanic that has been present in past Gears games to prevent shooting through walls was creating a perceived inconsistency with the Gnasher.  The Gnasher would typically have its pellets start from the stock of the gun and move through the barrel.  This was to prevent users from shooting through walls. This pull back means that the spread is wider than is intuitive at the end of the barrel, and so players were missing some of the pellets when they thought they should have hit with the whole cluster.

The team here has done some extensive work and have now adjusted the behavior of the Gnasher to more accurately match player’s expectations.  You can see the before and after change below.  We will be doing an extra check in game to ensure players do not shoot through walls while ensuring that shots will now start at the end of the barrel, and we are hoping this will now bring greater accuracy to users who will be fighting in point blank situations with other players.

BEFORE (LEFT) AND AFTER (RIGHT)

The impact of these changes will hopefully mean a more intuitive experience.  There will be a slight change in feel of the gun, but we hope that people will see more clearly when they hit or miss a target.

On top of these changes to the Gnasher, we will be doing tuning passes across social/core and competitive playlists.  We are expecting to roll these out a week after March Update hits.  We will have more information on the exact details for the tuning changes shortly after the next update hits.

We really appreciate all the feedback, videos and comments from the community regarding inconsistencies they were experiencing with the Gnasher.  Without this information or these videos, we would not have been able to discover these items so we encourage you to continue sending these in and we hope to continue to see feedback after these changes hit. Stay tuned for more information on the March Update in the near future.