Exciting news Gears fans! The Rise of RAAM graphic novel will be available from June 26th consisting of the four issues released earlier this year.

A prequel to the original Gears of War game, The Rise of RAAM is written by Kurtis J. Wiebe (Rat Queens) with art by Max Dunbar (Dungeons & Dragons). Before he was a general leading the assault against humanity on the surface, RAAM was an upstart commander tasked with waging an unwinnable war against the Lambent to protect the Locust homeland.

With the enemy pushing inexorably forward, he knows the Horde must turn its attention to more vulnerable prey, and he'll use every atrocity and deception at his disposal to bring Queen Myrrah around to his way of thinking.

We are happy to announce that the first print run of the graphic novel will include a Rise of RAAM Mega Pack! This Pack will contain 10 Cards and a bonus Card with one guaranteed Character: Vold RAAM OR Uzil Sraak, as well as ‘Rise of RAAM’ themed weapon skins and emblem. The Mega Pack code will be printed on an insert that will be included with the graphic novel (as well as instructions on how to redeem the code and unlock the content in game).

Due to the popularity of the series, we encourage you to pre-order your copy now at Barnes & Noble, Amazon or your local comic store to ensure you don’t miss out on the first printing!

Note: The Rise of RAAM Mega Pack will also be available later separately for monetary-only purchase and will eventually be available for credits.

When is the Rise of RAAM graphic novel released?
The graphic novel will be available from June 26, 2018. Please note that some comic book stores might not have it on shelves before June 27, 2018.

If I pre-order/purchase the graphic novel online, will I receive the Mega Pack code by email?
No, there won’t be any code sent by email. The code for the Mega Pack will be printed on an insert and included in the graphic novel. The insert will include instructions on how to redeem the code on Xbox.com and directly from your Xbox One.

Will the code work on all platforms?
Yes, the code will work on both Xbox One and PC.

I live in Mexico. If I pre-order/purchase from Amazon.com, will I also receive the Mega Pack code?
Yes, as mentioned above, you will find the code inside the graphic novel when it's delivered to you. Please be aware that the graphic novel will be in English.

Any plans to have the Rise of RAAM translated in Spanish?
While nothing is confirmed, we are looking into a Spanish localized version of the comic book as a potential release in the near future. Please stay tuned to gearsofwar.com for any updates.

Will the Mega Pack included in the graphic novel give me an early access to its content?
No, the purchase does not give early access. The content of the Mega Pack goes live on June 26, 2018 and the code is active as of that day. The Pack will also be available separately for monetary-only purchase at a yet-to-be-determined date and will eventually be available for credits.

How much is the print version of the graphic novel?
The List Price is $15.99 USD.

I don’t live in North America. Where can I purchase the graphic novel?
We recommend you to search for the graphic novel from your nearest book retailer, local comic book store, or visit Amazon.com.

The next phase of the Competitive Beta is now live! Check out all the changes that have arrived for fans to test

The first four Community Weapon Skin Designs have now been immortalized in Gears of War 4! See their final models and learn how to get them in this article. 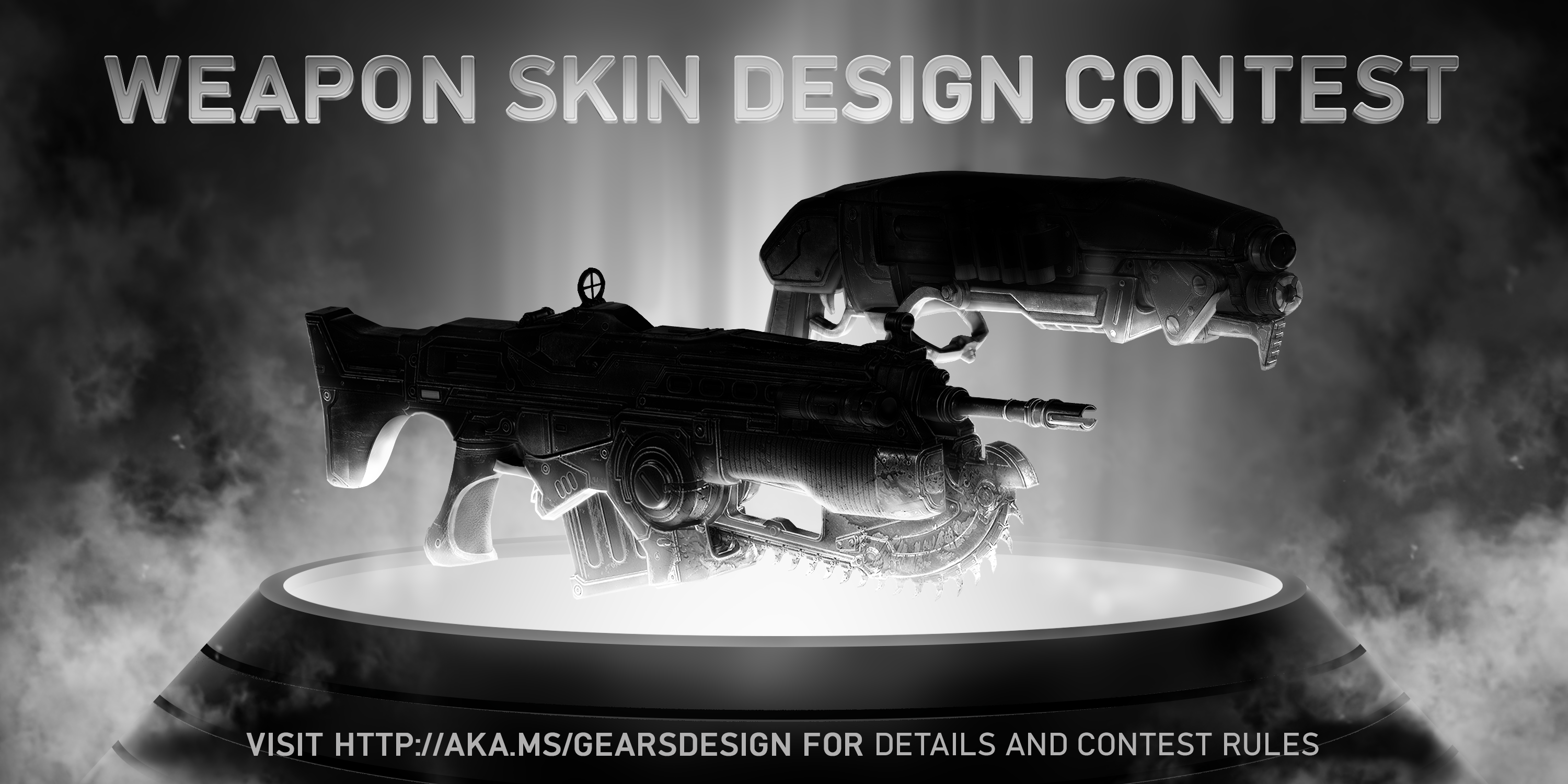 The winners of our Gears of War 4 Community Weapon Skin Design Contest has been selected! Find out the winners in this article.